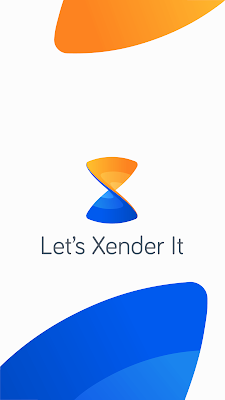 Step 2: Put any image in drawable folder with name “splash_logo”

Create SplashActivity as above. We are creating a new thread and calling sleep for 10 secs on it. In real time, this will be replaced by actually task that will be performed such as fetching data from database or loading images.

Change res ->layout -> activity_main.xml as below:

It is default MainActivity provided by HelloWorld app.

We need to put launcher activity as SplashActivity, so we need to do following changes in app -> src -> main -> AndroidManifest.xml as below:

When you run the app, you will get below screen: 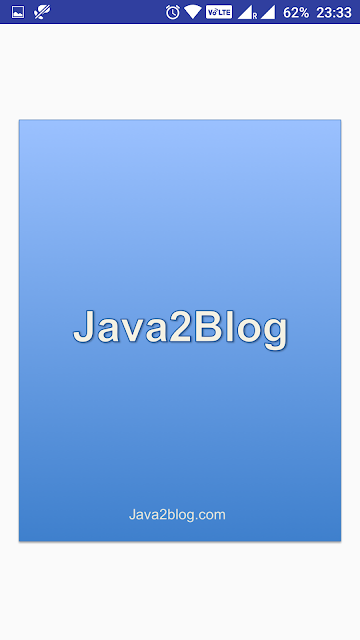 After 10 secs, you will get below screen: 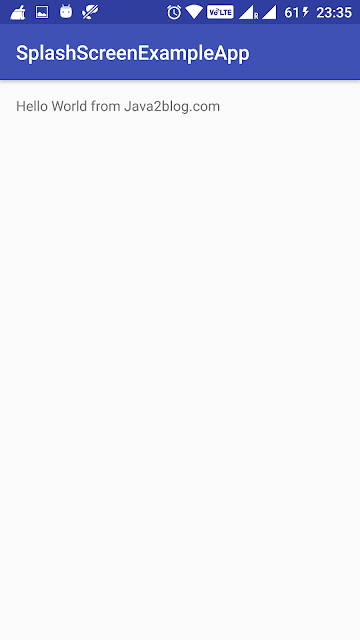 How to load html string in WebView in Android