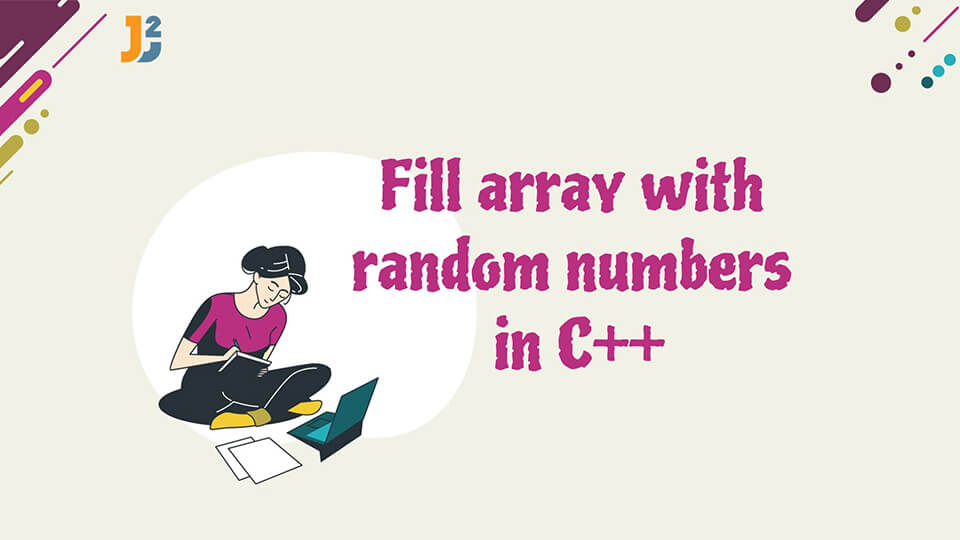 IN this post, we will see how to fill array with random number in C++.

The rand() function in C++ returns a pseudo-random number in the range [0, RAND_MAX) each time it is called. It uses an algorithm that returns a series of random and unrelated numbers each time the function is called. Since the numbers are generated using an algorithm that uses a seed value, we do not consider the numbers generated to be actually truly random, rather, we call such numbers pseudo-random numbers.

Although we can provide a random different seed value on our own to the srand() function, we often make use of the time() function. The time() function returns the current timestamp at the time of execution. Therefore, we can ensure that each time your program is executed, a different value will be passed to the srand() function as the parameter. It, in turn, ensures that a different set of values are produced by the random function, and we do not get the repeating and recurring values each time.

The rand() function outputs the number in the range [0, RAND_MAX]. It means a large number can be returned by the function. Therefore, to limit the range of the output, we often perform the modulo operation on the result. For example, if we want to limit our output to a number N, we will perform the modulo of output with N. However, in this process, we may get duplicate results, in essence, the numbers can be repeated.

How to Fill the Array With Random Numbers in C++?

We have implemented the above approach to fill the array with random numbers in C++ as follows.

You can notice the difference in output which shows that a different set of random values is produced each time the code is executed.

How to return array from function in C++

How to Fill the Array With Random Numbers in a Range in C++?

In the following program, we have implemented the approach to fill an array with random numbers within a range in C++.

Fill array with random numbers in a range in C++