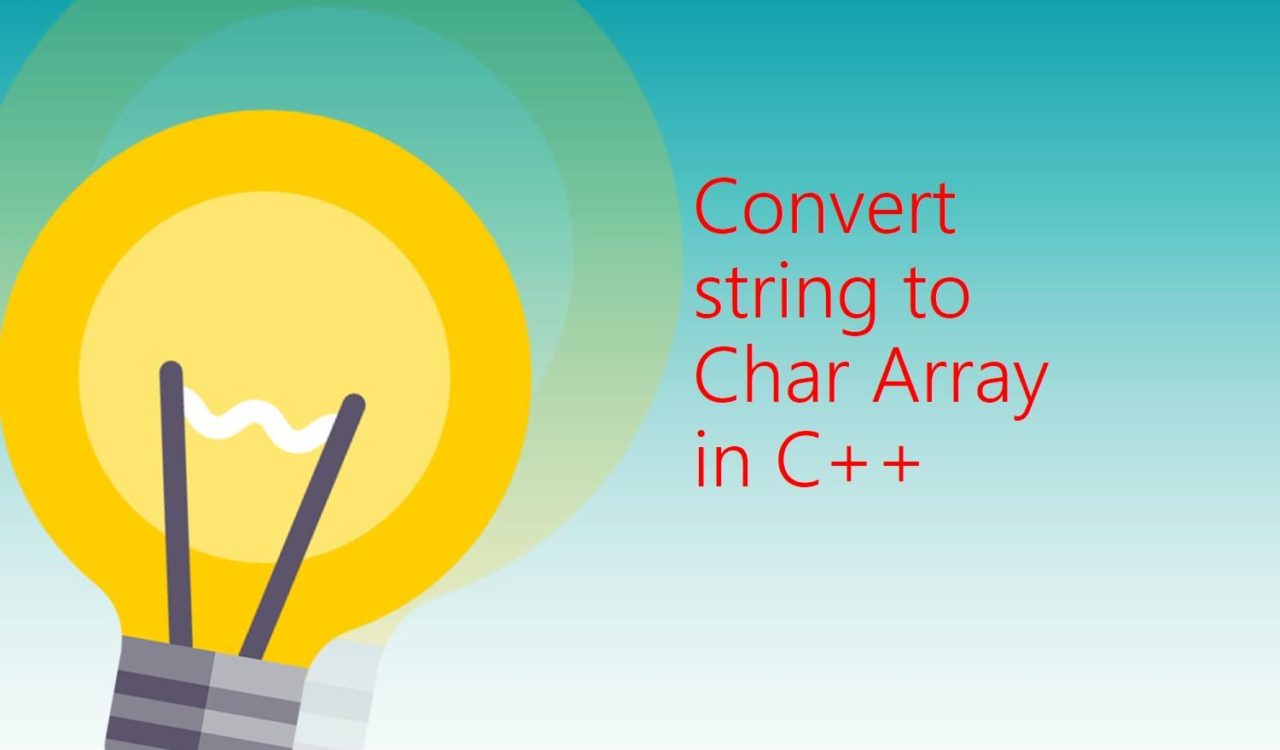 In this article, we are going to see how to convert string to char array in C++.

String vs character array in C++

In C, we used string as character array. String used to be a collection of characters terminated by a NULL character.
char str[]=”Java2Blog”
Here,

If it was merely a character array then, the NULL character would have been missing.
Another way we can say,

It is the case for C. But in C++, we have additional advantage to use ‘string’ as a datatype. So there’s differences between string and character array in C++. We can list few of those out here.
Character array is collection of data type ‘char’. ‘string’ is itself a data type.
We can use data type operations (‘+’, ‘==’ etc.) on ‘string’, but not on character array.
To find the length, we can use .length() for ‘ string’. But for character array, there will be predefined size or have to compute the length using for loop like following:

String is used as a data type in C++. Here goes some quick review about string in C++.

To convert a C++ string into char array the general procedure is:

Following is the code & output for the above procedure.

Notice that 10th character in the char array is blank in output, because it’s a null character.

Another way is to use copy() function of CPP library

We can also use copy() function of

That’s all about how to convert string to char array in C++.