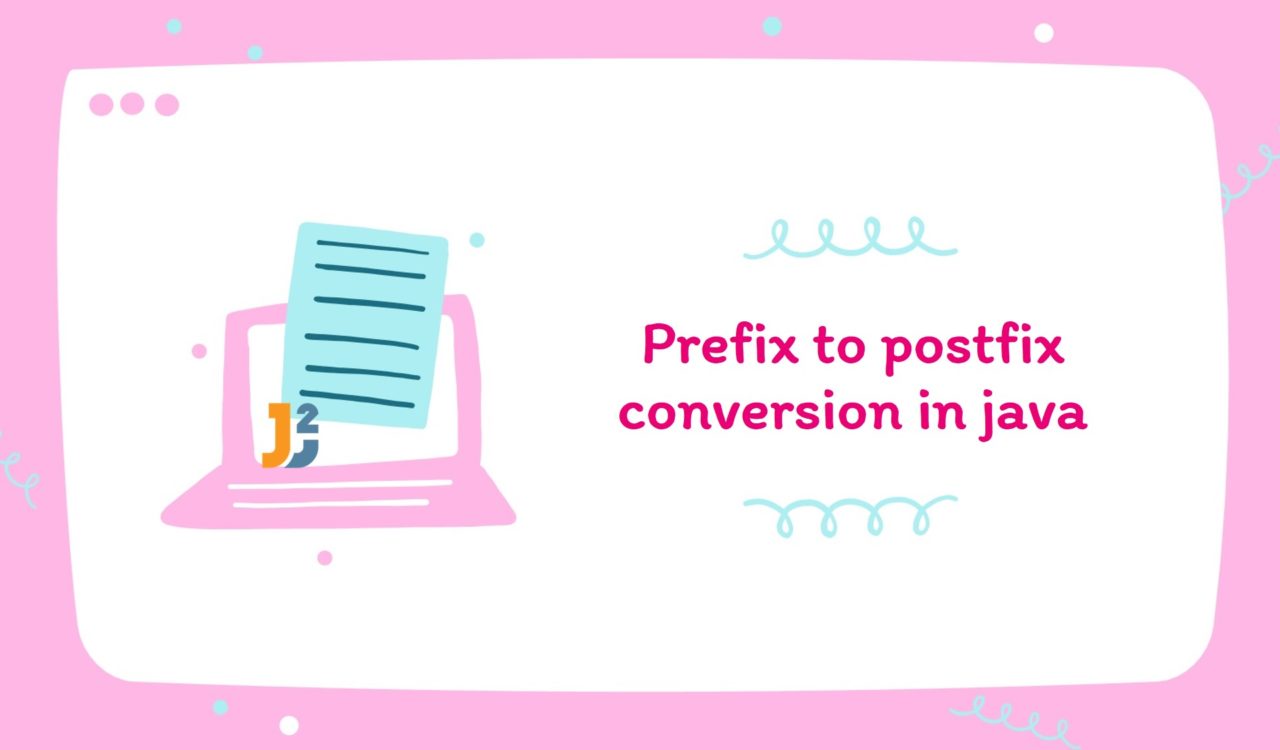 In this article we continue with another interesting problem related to Stack data structure. Given a Prefix expression, convert into its Equivalent Postfix Expression.

It is recommended to first go through Infix to postfix conversion for better understanding.

Let us understand what we mean by Prefix and Postfix Expression.

Postfix Expressions re of the form X Y op, where operators come after operands. For Example: AB+ is the Postfix for Infix: A+B.

Algorithm for prefix to postfix

Let us evaluate the given expression step by step. We take decisions when we encounter Operator or Operands. The steps are:

Implementation for Prefix to postfix conversion in java

Let us look at the implementation of the above example in JAVA:

We have implemented two examples. Now let us look at the Time Complexity of our approach.

Time Complexity: As we traverse the whole input string once and the stack operations require constant time, the overall time complexity is O(n), n is the length of Prefix Expression.

So that’s all about how to convert Prefix to postfix in java. You can try with different examples and execute this code for better understanding.

Convert Postfix to Infix in Java

Infix to Postfix Conversion in Java

Sort a Stack using another stack