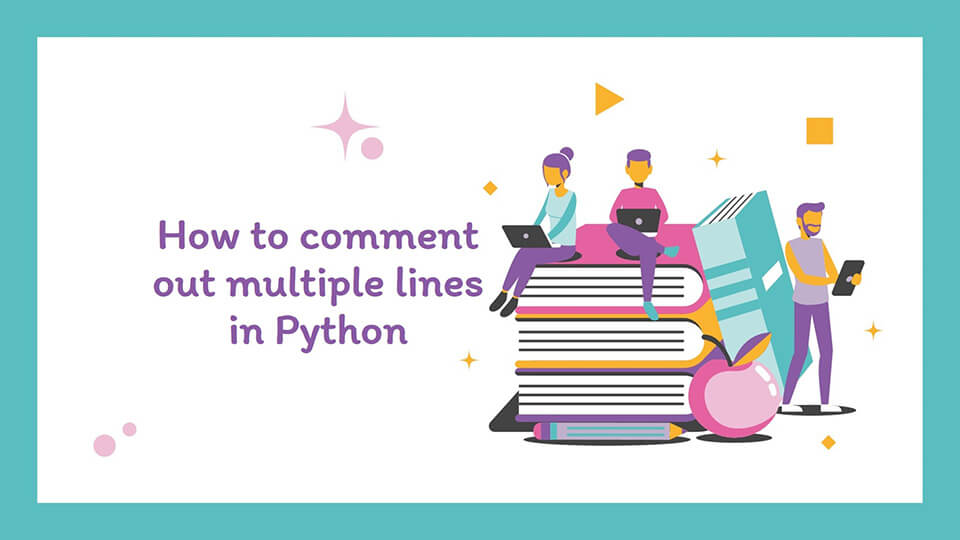 In this article, we will see about how to comment out multiple lines in python.

The concept of comments is present in most programming languages. We use comments for documentation purposes. The compiler ignores them, but the user can use comments to describe what is happening in the code.

As the code grows longer and becomes more complicated, comments prove to be a good way of explaining the code.

In Python, we use the # character to initiate a comment. We use this for declaring single-line comments.

Most programming languages support multi-line comments also. However, in Python, we can only have one-line comments. We cannot directly comment out multiple lines as comments in Python.

We will discuss how to emulate such multiple-line comments in this article.

To have multiple line comments, we can declare a single-line comment in every line. This method is tedious but works nevertheless.

Using triple quotes, we can create multi-line strings in Python. It is a good way to emulate multi-line comments, but one must be careful about the indentation.

In the above example, we can see that such strings successfully emulate multi-line comments. However, if one is not careful, they might turn into accidental docstrings.

A docstring conveys the working and description of a function, module, or any other object. We declare them right after defining the function or at the start of the module.

However, we can also hide this string in context and prevent them from being mistaken as docstrings.

Let us understand the above code. The if False: statement will never execute, so we hide the docstring in plain sight.

Some IDEs and editors allow us to comment out blocks. On JetBrains PyCharm, we can select the code block and use control + / key to comment it. Similarly, the combination of control + k can comment out a code block in Python Tools for Visual Studio.

That’s all about how to comment out multiple lines in python.

Remove Urls from Text in Python

Return vs Print in Python

How to Unpack Dictionary in Python

Wait for 1 second in Python

Format Date to YYYYMMDD in Python

Get Today’s Date in Python