In this tutorial, we will see about Jenkins tutorial. Before going to Jenkins, let’s first understand continuous integration.

What is continuous integration?

Let’s understand this with help of scenario.

Let’s say you are working in large team of 10 developers.

Developers were working on different tasks and committed code continuously and built was made after some days(let’s say 20 days) and deployed to the server. There are lots of bugs in the code at time of testing, how will you detect and identify the issue and who might be responsible for this bug?

All developers are continuous committing the code. With each commit, a build will be triggered and tested and build fails, develop will be notified.In this case, it is very easy to detect and fix the issue.

Jenkins is open source tool for continuous integration and build automation written in java. It is used to manually, periodically or automatically build software development projects. Jenkins can be used by team of different sizes for various projects.

The main function of Jenkins is used to execute predefined steps such as compile java code, build war.You can trigger build on time basis or event basis. for example: every 15 mins or new check in the git.

Some of the steps executed by Jenkins are:

Here is a diagram to demonstrate the functionality of Jenkins. 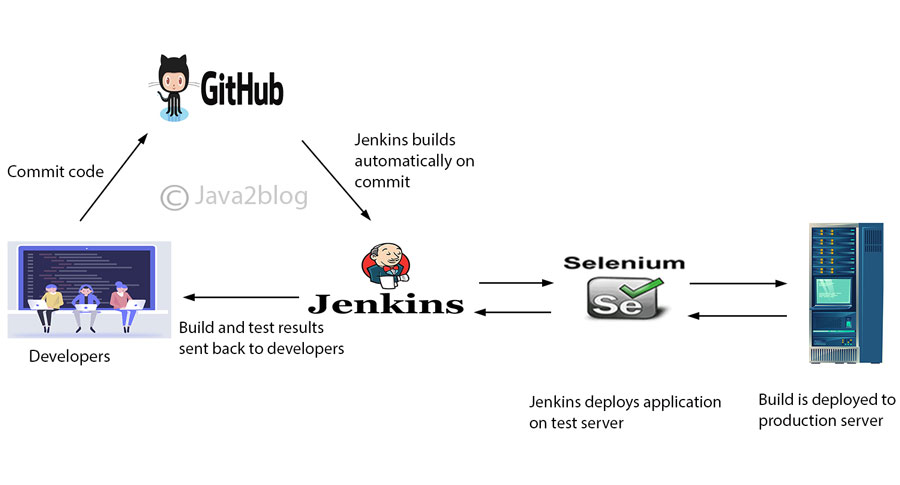 Why Jenkins is popular? 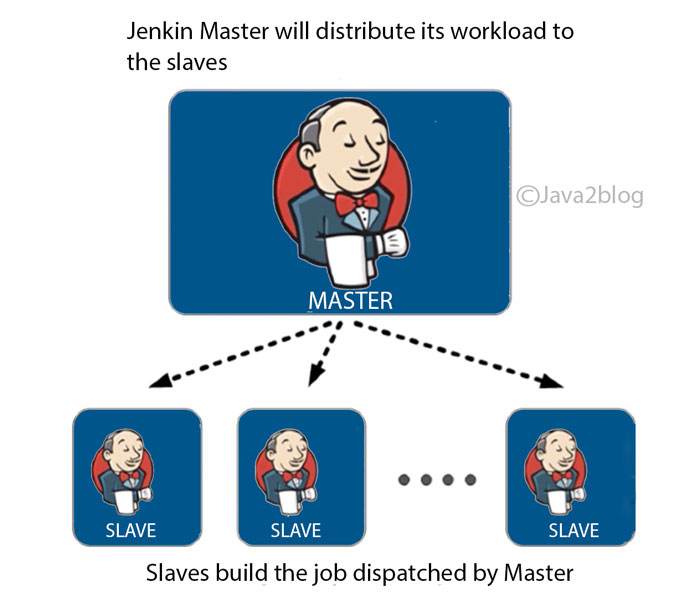 You can use guide: install Jenkins on Mac OS X

Please note that you need to install Jenkins before proceeding further, else you will get 404 error at localhost:8080.

Create your first job with Jenkins 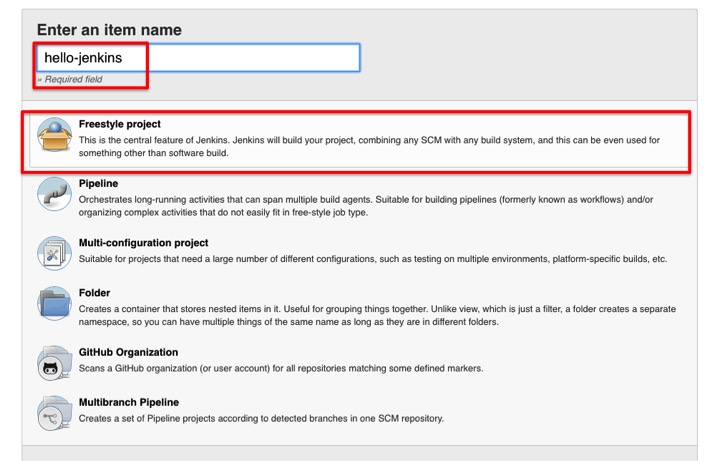 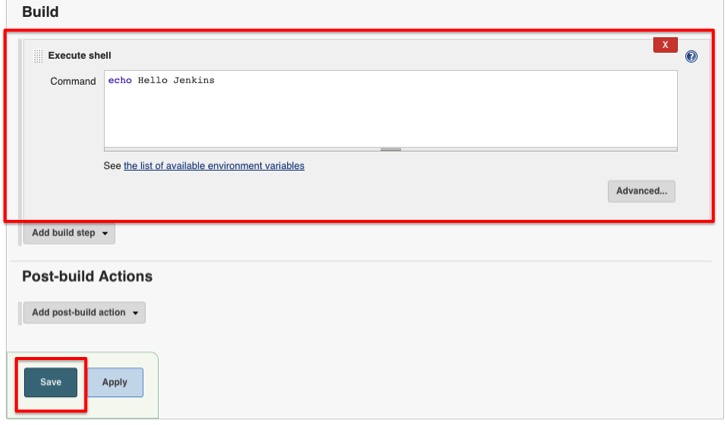 step 7: You will see build history section in left menu. Click on #1 to get more details.

step 8: Click on “Console output” from left menu.You will be able to see the results of the build.